Find Out Everything You Need To Know About Gluten

Beer, ketchup, chicken tenders and cake have one thing in common: they all contain gluten! But don’t panic if you’re on a gluten-free diet. With a little research, you’ll find gluten-free equivalents for many products. The only downside? Some gluten-free products like bread don’t taste as good as their gluten counterparts.

Even though in the last few years the words “gluten-free” have become part of our daily life, people still have questions. What is gluten, anyway? What food is it found in? Should I be decreasing my gluten consumption or even exclude it from my regular diet? How do you cook without gluten?

So today we’re exploring the theme of gluten to get to the bottom of the most common questions on the subject.

What is gluten and where is it hiding?

Found in many grains, gluten is an excellent source of minerals, fibre and protein. It’s used mainly to give texture and volume to baked goods. As it’s often used as a thickening or binding agent for making products that would surprise you like chocolate, soya sauce and even salad dressings, you should be careful if you want to exclude it from your diet. For a complete list of food with and without gluten, consult this guide, “General authorized/unauthorized products for a gluten-free diet”. 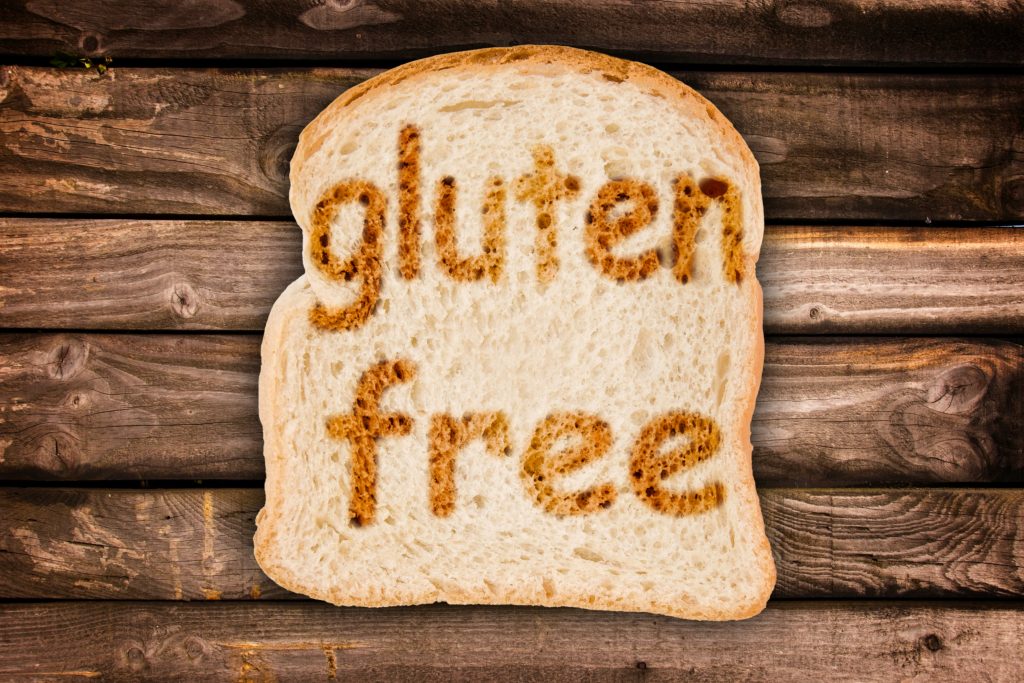 Often confused with allergy or sensitivity to gluten, gluten intolerance or celiac disease is a hereditary illness that affects about 1% of the population and is triggered by consuming grains containing gluten. People afflicted by this illness have intestines that behave abnormally. The cells in their intestinal wall are spaced too far apart and allow gluten to pass through. This disease causes negative responses in the immune system. It deteriorates the small intestine which, in turn, reduces its ability to absorb calcium and proteins. For the moment, the only treatment is to follow a gluten-free diet.

So now you must be asking yourself what’s the difference between being allergic, sensitive or intolerant to gluten. Having a real gluten allergy is very rare and unlike being intolerant, it doesn’t weaken the small intestine. Instead, consuming gluten for someone who’s truly allergic causes respiratory or digestive problems like many other allergic reactions. There isn’t a test for people who are sensitive to gluten. It’s more of a self-diagnosis by those who are affected which is between 0.5% and 6% of the population according to studies.

According to Health Canada, possible symptoms of celiac disease include :

According to Health Canada, gluten intolerance can be diagnosed with blood tests, a biopsy of the intestinal tract or relief of symptoms following gluten withdrawal from the diet.

Most recipes can be prepared with gluten-free ingredients. If a recipe calls for flour, you’ll be happy to learn that rice, corn, potato, amaranth, tapioca, millet and buckwheat flour are naturally gluten-free. However, sometimes during the manufacturing process, they can become contaminated, so you should look for the words “gluten-free”. And if you’re looking for gluten-free grains, you’ll enjoy corn, quinoa, buckwheat and rice.

For even more ideas on combining flour, recipes and different types of flour, consult this little directory of gluten-free flour.

To help you come up with recipes without gluten, we’ve concocted a little menu that’s completely gluten-free.

To eat or not to eat gluten?

Effects of a gluten-free diet

Depending on each person’s predisposition, the effects of adopting a gluten-free diet vary. This means that for every person who’s intolerant, allergic, sensitive or who adopts a gluten-free by choice, the results won’t be the same. Therefore, for people who are intolerant, Health Canada specifies that this diet will lead to the restoration and return of a proper functioning intestine. For people who are allergic, it will help keep them away from respiratory, digestive or other problems due to allergic reaction, explains the president of l’AFDIAG, the association of gluten intolerance in France. Note that according to the Ordre professionnel des diététistes du Québec (OPDQ), people who want to adopt a gluten-free diet should do so under a physician’s supervision as it can come with certain risks. Consequently, for those who aren’t celiac or allergic, it’s suggested that they consume gluten because grains are an excellent source of minerals, fiber and protein.

So now that you know what gluten is and what you can replace it with in your recipes if you want to avoid it, we invite you to share your gluten-free recipes and tricks on how to find gluten-free food at the grocery store!

Studying administration with a concentration in marketing, Xavier is passionate about travelling, sports and food. Always ready to go for a bite, eating for him is the best gift life has to offer. Continually on the search for new tastes, he’ll bring you on one crazy culinary adventure after another!

You dip your raw vegetables in it during happy hour with friends, but what is hummus, anyway? This chickpea purée is way more versatile…