Whether you’re a high-level athlete or Sunday morning jogger, people probably ask you what you eat to get the most out of your sports performances. It’s not easy to sort through everything that’s out there. Some ideas die hard. Among them, the need to eat animal protein. Still, no need for white chicken meat or protein shakes before going to the gym to get fit!


Some diets reject animal protein and they’ll find their daily protein intake from plant protein, like veganism whose principle is excluding all things animal from all human consumption. A vegan stays mainly away from animal meat, fish, eggs, dairy and honey and depending on their commitment to this way of life, they may also avoid wearing wool and leather.


To demystify this often criticized practice because it can cause nutritional deficiencies, we’ve spoken with Antoine Jolicoeur Desroches to get a better understanding how to bring sports and veganism together.


At only 24 years old, Antoine is a vegan triathlete who’s been doing the half-Ironman and Ironman professional circuit for the last four years. As well as being a full-time athlete, he’ll graduate with a double Bachelor’s degree in Nutritional Science and Food Science from McGill University in April. In short, he’ll tell us his story and we’ll provide diet and eating tips on how to become a top performer as a vegan.


A Snapshot of Antoine

Triathlete, student and blogger, Antoine’s priorities are sports, health and healthy lifestyle. Vegan for the last four years, this McGill student promotes his lifestyle through his sports performances and shares his experiences on social media and at conferences. He also has a blog where he gives advice on nutrition, training and equipment.

Why and when did you become a vegan?


Seven years ago, I became a vegan for ethical reasons. After watching a video on animal cruelty, I decided from one day to the next to stop eating meat. Then four years ago, it was the film Cowspiracy about the environmental aspect of consuming meat and dairy products that drove me to become vegan. That was when I understood the benefits of this diet for my health and performance.


Did you find this diet hard at first? If so, were there any problems/deficiencies and how did you adapt and balance your diet?


Even before becoming a vegetarian or vegan, I had an iron deficiency, so I was already taking iron supplements. The only supplement that I’ve added is B12 because it’s not found in any plant food.


You don’t have to go vegan overnight. Everyone has their own way. Start by adding more plant, fruits and veggies to your diet and eliminating other products gradually.


Food and training for a vegan athlete 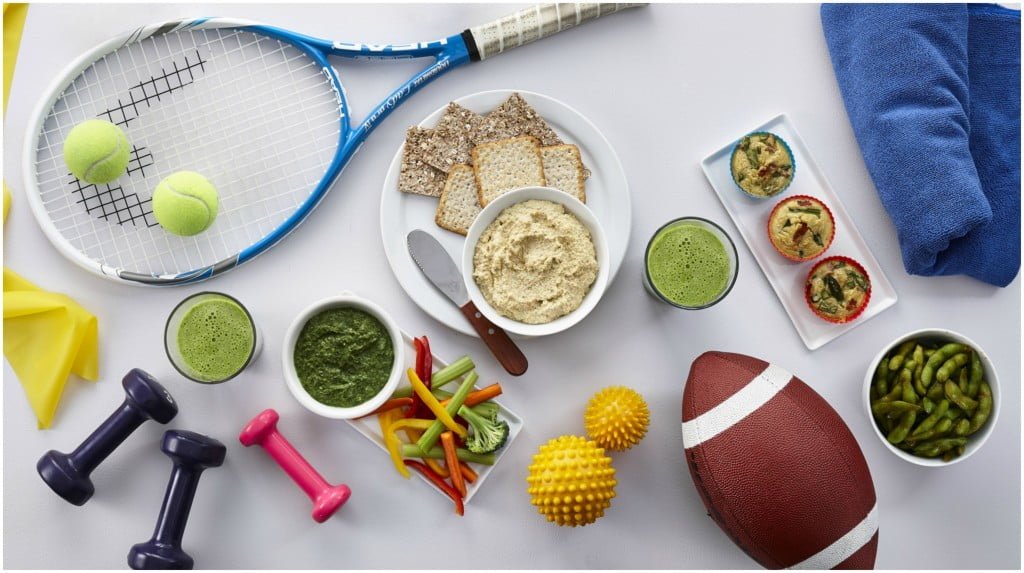 As an athlete, what do you pay attention to when you eat? What kind of nutrients does your body need more of?


As an endurance athlete, I consume a lot of carbohydrates, whether it be fruits and veggies, bread, rice, quinoa, etc. It’s important to consume carbohydrates before and after training to replenish glycogen reserves in the muscle.


What’s your favourite source of carbohydrate?


I really like cereal and muesli, whether it’s with soya milk, unsweetened applesauce and even just plain as a snack. Cereal is my favourite breakfast. I often eat it as a snack or dessert. Sometimes, I choose the natural ones made with whole grains and not too much added sugar.


What’s your favourite source of protein?


I just love tofu! Over time, I learned how to cook it in a way to give it flavour, whether it was frying it in the pan with an Asian sauce, raw in a chocolate pudding or marinated in water and lemon.

I also eat a lot of legumes, especially chickpeas and black beans. Nuts and peanuts also make up a big part of my daily diet and I’m a huge fan of almond butter!


What are the three main staples that you consume in training camp?


Bananas, dates and almond butter! I can eat ginormous amounts of bananas during my training camps! It’s the ideal food before, during and after training. Also, there’s nothing better than dates with almond butter after a huge workout.


What do you eat and drink during a sustained training session like a long bike ride?


It’s really important for me to eat as natural as possible. I really like Kronobar’s vegan bars because they’re made with natural products and no added sugar. I often bring enough bananas and dates, too.


After several hours of training, I often crave something salty, so I buy peanuts which are perfect and generally the only healthy food that you can get at the corner store.


Do you change up your diet depending on the length and intensity of the workout?


I generally modify my diet according to intensity. When I go for a long bike ride at low intensity, I’ll sometimes limit my calorie consumption for the first part of the training to get my body used to my fat reserves. Towards the end of the outing, I’ll eat a few Kronobars, dates, bananas or peanuts. For a more intense workout, I’ll eat or drink food that’s easier to digest like gels, an electrolyte drink, juice and sometimes dates or Kronobars.


What do you eat the morning of a race?


I like oatmeal a lot because it’s quick to prepare and easy to digest, as well as being a good source of carbohydrates and protein. I also like adding a little almond butter as a source of fat.

What do you eat before, during and after a race?


The morning of a race, I’ll eat my oatmeal with a banana and coffee. I’ll drink something that has electrolytes which will give me few calories before start off. During the race, I’ll eat gels and Kronobars and have another drink with electrolytes (Liquid IV). I eat so much sugar during a triathlon that I only want salty food after it’s over, whether it be nuts, chips or a vegan burger for supper.


When’s the best time to eat before a race?


The Ironman start is often really early in the morning (around 6:30 am or 7 am). Usually, I’ll eat around 4:30 am to give me enough time to digest. Sometimes, I’ll have half a banana or a gel 30 minutes before the race starts, but that depends if I’m hungry or not. The start of a triathlon is often really fast, so I don’t want to eat too much and risk having a stomach ache later.


What do you eat for pleasure in the off-season?


I try not to deprive myself during the competition season, so I don’t eat much differently in the off-season. When I want to indulge after a huge workout or competition, I really like having a vegan burger with oven-baked fries. For an Ironman, I often train 6 or 7 hours a day, so I really like eating cookies, banana bread or a vegan cake as a treat.


What’s your opinion on nutritional supplements?


I take iron supplements, vitamin B12 and vitamin D regularly. It’s really important especially for an athlete to get regular blood tests to ensure there’s no deficiency.


Food supplements like gels and bars are fine for competitions and high-intensity workouts. They’re easy to digest and take with you or put in a bike pouch, but it’s important to consider them as supplements. They should never replace natural food like fruits and nuts in your everyday life.


Could one of your answers change depending on the race environment or training or if it’s hot or cold or if you’re inside or outdoors, for example?


Actually, if it’s hot out, I’ll have a drink with electrolytes Liquid IV) to replace the ones I lose sweating and I’ll use energy gels that have a little more electrolytes. 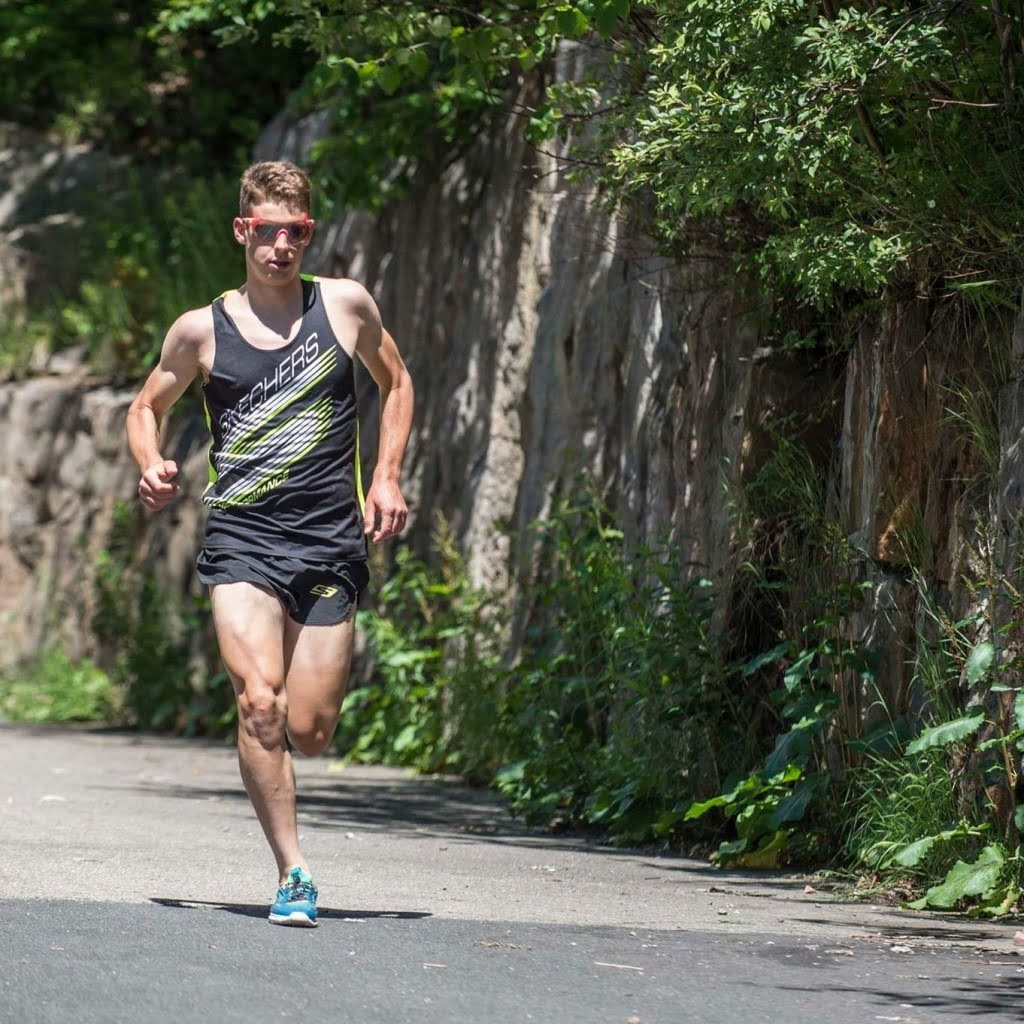 Even if they’re not your favourite food, what else would you suggest to someone to complete your responses?


I’m a big fan of quinoa. It’s a really complete food – rich in carbohydrates and proteins, and very easy to digest. I’ve also recently discovered so-called mushroom teas that have a lot of very interesting properties like Chaga mushrooms, Cordyceps and Reishi.


Do you have a role model or someone who inspires you in sports or everyday life?


Rich Roll, a long distance vegan runner and author of the book Finding Ultra, is a role model for me. He was a huge influence on my transition to veganism and I listen to his podcast regularly.


What’s your biggest accomplishment or the thing that makes you most proud?


I’m really proud of the 3rd place in the Chattanooga half-Ironman last summer, but the race that I’m most proud of is the half-Ironman at Tremblant in 2016 because I challenged and pushed myself like never before.

What are your ambitions?


In sports and at school, my goal is to challenge myself, achieve my potential and never have any regrets. I also want to be a role model for young triathletes who’re starting out in the sport and for those who want to make the transition to a vegan diet. I’d like to write books and give conferences on veganism for sports lovers.


To conclude, is there a particular recipe you really enjoy preparing?


Dishes that are simple are often the best. I love making sweet potato with black beans, guacamole, salsa and salad. That really makes my day! 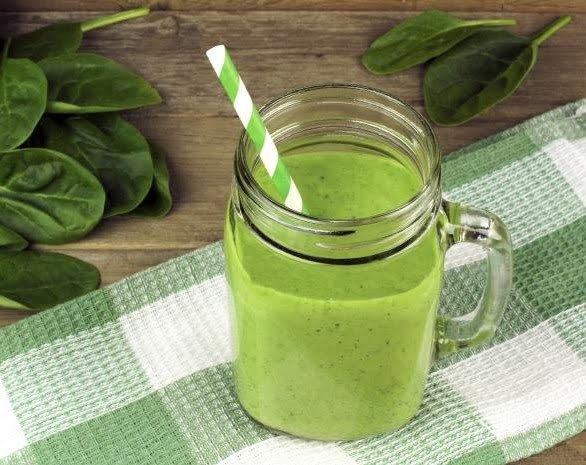 Now that you know that a vegan diet can help you excel in physical activities, you don’t have to worry about veganism anymore. Just remember to take a few necessary precautions like being under a physician’s supervision and in some cases, take supplements to avoid deficiencies.


Are you inspired by Antoine’s approach to athletic veganism? Want to increase your knowledge of endurance sports, nutrition and the mental aspect of sports? He’s really active on social media, so he’ll explain these aspects on the following platforms:

Studying administration with a concentration in marketing, Xavier is passionate about travelling, sports and food. Always ready to go for a bite, eating for him is the best gift life has to offer. Continually on the search for new tastes, he’ll bring you on one crazy culinary adventure after another!

Eating as a family is an activity that has many benefits. A study of 2,000 children by the British Medical Journal’s Journal of Epidemiology…