How to make homemade sushi

At Arctic Gardens, we love vegetables, so we’ve put together a folder for you to make vegetarian sushi at home!

Internationally known, sushi is a must in Japanese cuisine. Initially Chinese, sushi gradually appeared in Japan. In the past, pieces of fish were kept between several layers of rice which allowed the fish to ferment and then be eaten. Rice was not eaten.

This fermentation wasn’t fast enough for the Japanese, so they added rice vinegar.

Gradually, the Japanese started enjoying fermented fish combined with rice. And that’s how sushi came to be.

Today, there are several types of sushi and several ways to make it at home. Find out how to make homemade sushi below.

You only need 5 ingredients to make sushi. We’ve expanded the list a little to satisfy all tastes and make it easier to make sushi at home. 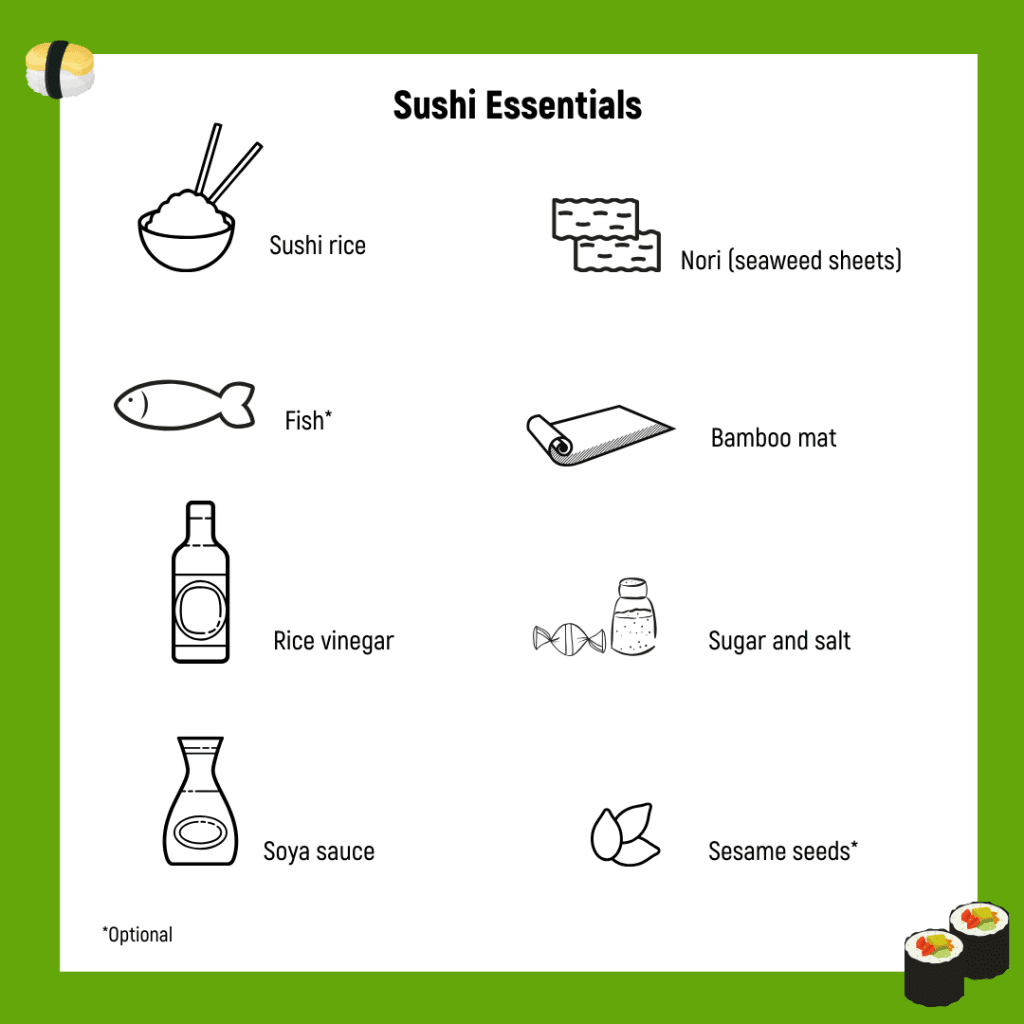 How to make sushi rice

What to put in vegetarian sushi

Eating sushi is good, making it yourself is even better. You can let your imagination run wild and indulge yourself with the ingredients you love. 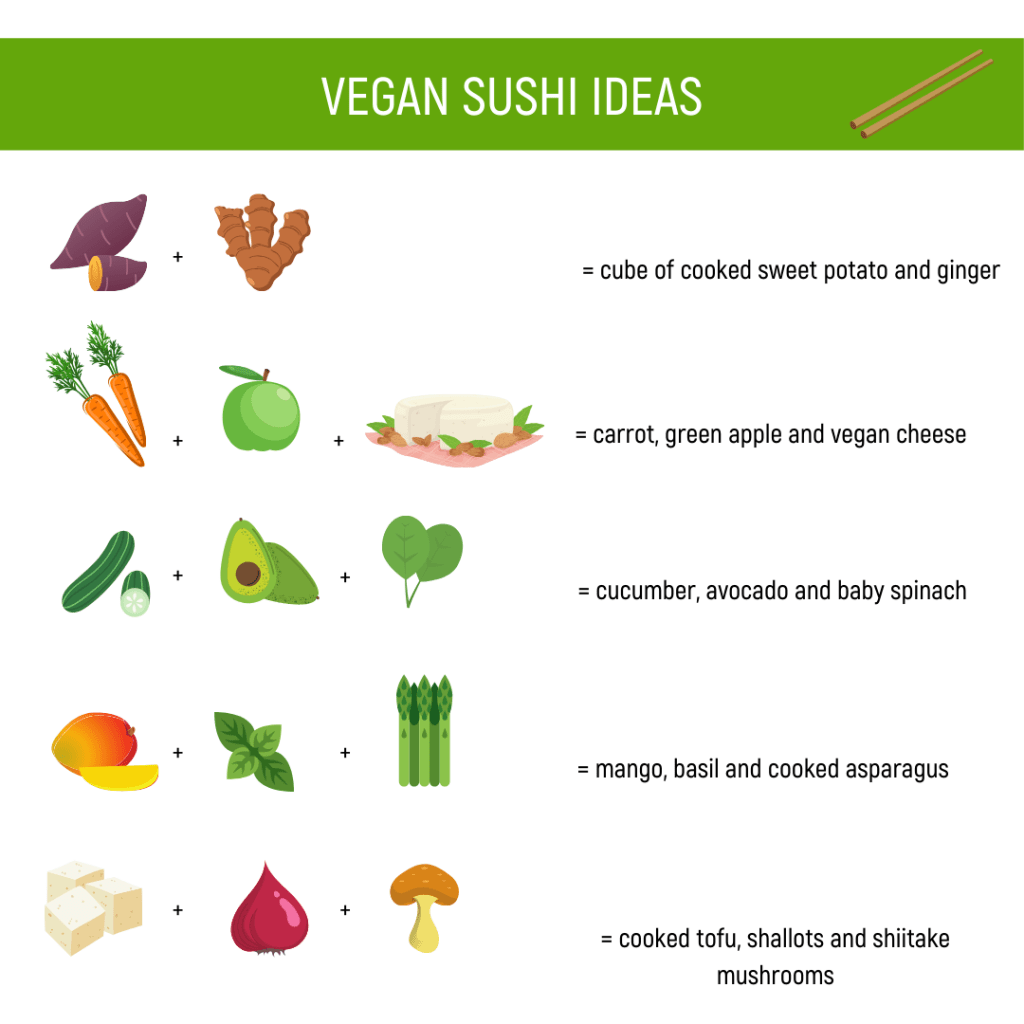 Other kinds of sushi

Before you learn how to assemble your sushi, be aware that anything that contains sushi rice and/or seaweed is called “sushi”.

However, there is a more precise lexicon, as “sushi” means “vinegar rice”.

These are the  proper names for each kind:

After chopping what you want to put in your sushi (ex., veggies, protein), you’ll need the cooled rice you prepared earlier, the nori sheets, bamboo mat and plastic wrap.

To make sushi with the nori on the outside (maki):

To make sushi with the nori on the inside (Uramaki or Californian Rolls):

What to serve with sushi?

Did you know that wasabi was originally a root? It’s also known as Japanese mustard.

Wasabi is used to season sushi and sashimi, noodles and sauces.

To enjoy it, place a small amount directly on the sushi or sashimi.

Used for food preservation because of its salt composition, soy sauce first appeared in China, then Japan adapted it for cooking. Japanese soy sauce is made with a mixture of soy and wheat.

Often used in North America to accompany sushi, mayonnaise is available for all tastes.

What to serve with sushi

Seaweed is an ancestral ingredient in Japanese cuisine and has many nutritional benefits. It stimulates the body and promotes the immune system in addition to having benefits for the eyes and skin.

Here’s the recipe to make a salad with your homemade sushi:

Miso soup is often served as a starter and is a must in Japanese cuisine. In fact, did you know that it’s considered a drink and that it goes with every meal?

It’s a soup made of dashi (a kind of Japanese broth), seaweed and tofu. However, you can also find it with shrimp, mushrooms and chives, for example.

Discover a recipe for miso soup:

A legume rich in vegetable protein, edamame (pronounced eh-duh-maa-mei) is an ungerminated soybean. It’s often enjoyed as an appetizer, in a salad or added to vegetable soup. These legumes can even be grown in Quebec!

Discover a recipe to accompany your edamame sushi:

You’re now a sushi pro! But before preparing this Japanese dish, tell us what are your best ingredients to put in your favourite sushi?

Rethink food with less meat! For a few years now, this food seems to be running out of steam. We’ve noticed a continuous decrease…