A true blend of vegetarian and non-vegetarian dishes, Indian cuisine is bursting with flavours, aromas and colourful spices. It’s one of the richest, most aromatic yet understated cuisines in the world. And its charm is enhanced by the marriage of legumes and grains.

From north to south, India offers a multitude of cuisines shaped by its regions, cultural groups and diets.

This little guide will take you on a culinary journey by bringing Indian cuisine right to your table:

If you’re more into spicy vegetarian food with lots of legumes, you’ll love these southern recipes.

The vegetarian diet associated with Indian cuisine is generally strict: no meat, no fish, no eggs, but sometimes also no garlic or onions. The latter are considered stimulants.

Depending on the caste, all food that grows underground is to be avoided (hence the no onions).

However, there is also a more flexible vegetarian cuisine in India that considers only some types of fish or meat to be impure.

Choosing vegetarian cuisine can also be driven by the price of meat and fish, as well as the production space. Space is a precious commodity in India.

Since recipes from the north are more influenced by Turkish and Mongolian culture, there are a lot more meat recipes.

Beef isn’t on the list because cows are considered sacred.

Here’s a list with a few meats and dairy products that you find in non-vegetarian Indian cooking:

Of all the Indian specialities, here are ones that you’ll have no problem finding in restaurants: 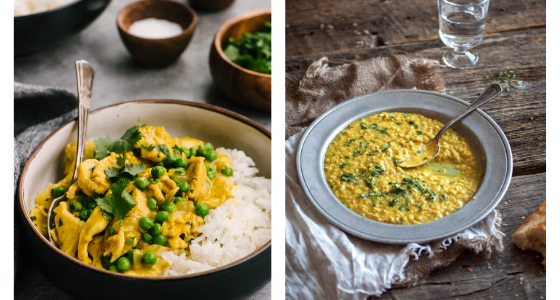 Once Upon a Chef / Trois fois par jour

In Tamil, kari means sauce or relish for rice and can also mean a bite or morsel. So it’s not a spice like many people think. 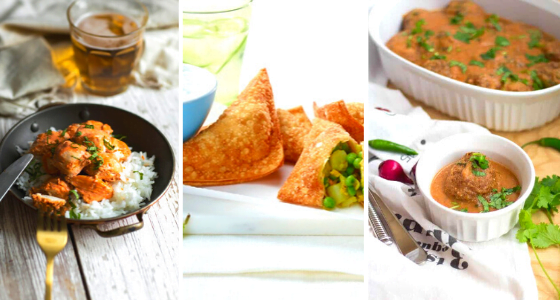 Instead of asking for utensils, guests ask in Hindi, “Tumko kitni roti chahiye?” (How many pieces of bread would you like?).

Indeed, bread is generally used instead of forks and knives.

Here are the common breads in India :

The most used spices in Indian cooking 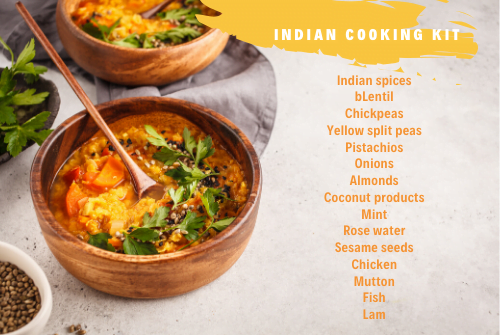 Chilis act on the nerves and not the taste buds. They’re widely used in tropical cooking because of their anti-bacterial and anti-infectious properties. To soothe the heat, drink milk.

To learn more about spices and which ones are good with which veggies, read our guide.

Little known and underrated, these sweet treats will satisfy your sweet tooth. Here are a few Indian dessert recipes:

What to drink with Indian food

In addition to the usual drinks like wine and beer, India suggests some of these specialities to accompany your meals:

2 things to know about the Indian table 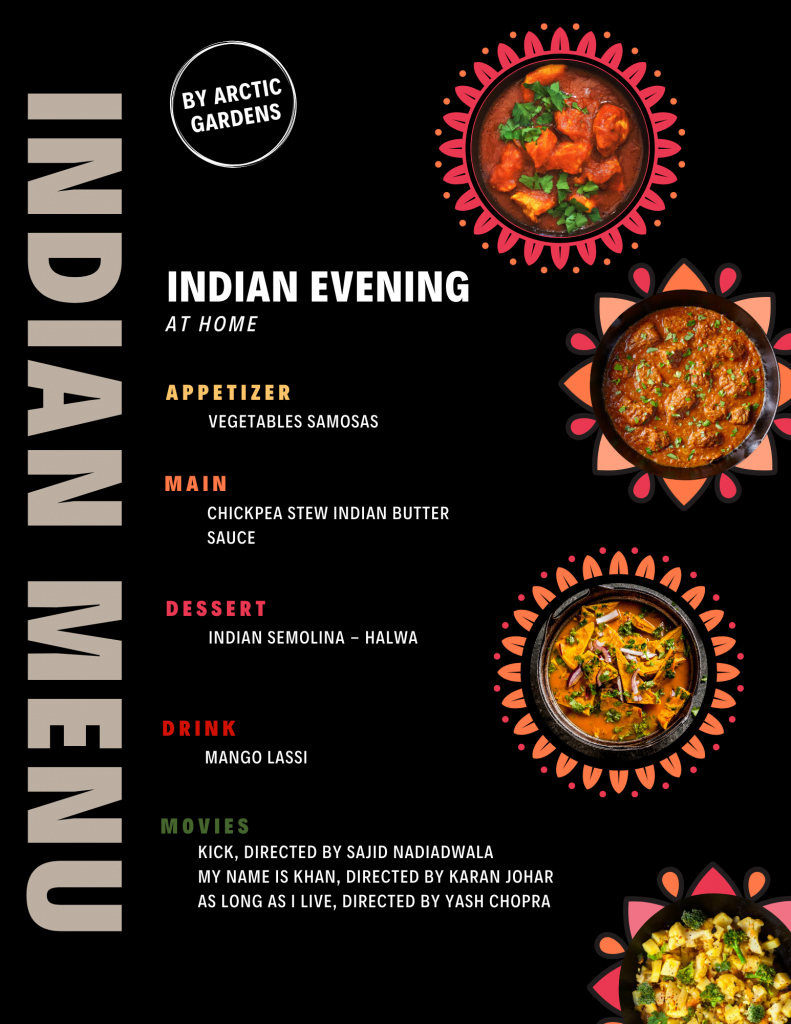 Find out more about the recipes:

We hope that you will use our guide to organize your future evening with friends. Before you let you taste all the good dishes prepared for the occasion, tell us:

What kind of theme evening do you like to organize at home?

Subway – work – bed. Sound familiar? In the midst of your daily routine, it’s normal to feel rushed, so sometimes the healthy side…