There’s nothing better than getting home to see that supper’s ready to be enjoyed. Cooking meals in the slow cooker is like magic! You prepare the ingredients in the morning, get home, then all you have to do is serve. Slow cookers make things a lot easier. Plus, whatever you’re cooking smells really inviting and totally comforting! With delicious aromas permeating the house, you’ll only have one thing on your mind – enjoying dinner!

Traditional beef stew is often the only recipe we have for the slow cooker, but there are so many possibilities. You can cook almost anything in it. Need inspiration? Take a look at the recipes we suggest at the end of this article. You’ll quickly understand why we love slow cooker dishes. You can also read tips for helping these famous dishes turn out well.

The slow cooker: A fascinating history

The slow cooker wasn’t born yesterday. It was sold for the first time in 1950. Since coming onto the market, this kitchen gadget has enjoyed resounding success and for a reason, too! With it, you can make a good meal without spending hours in the kitchen. Here’s a chapter in its history: 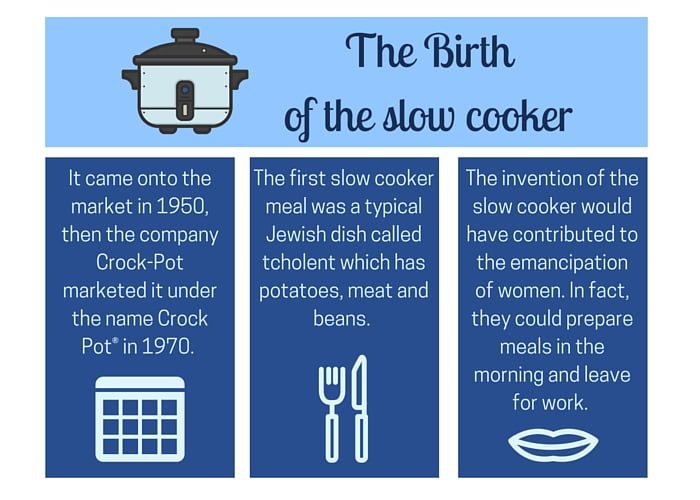 Irving Naxon invented the slow cooker in 1940. The idea came to him from his mother who had to use the local bakery’s oven to make the famous tcholent. So Irving Naxon scrambled to find a way similar to oven cooking, but cheaper. His idea integrated the heating element to the inside of the baking dish. This is how he made slow cooking accessible to everyone. 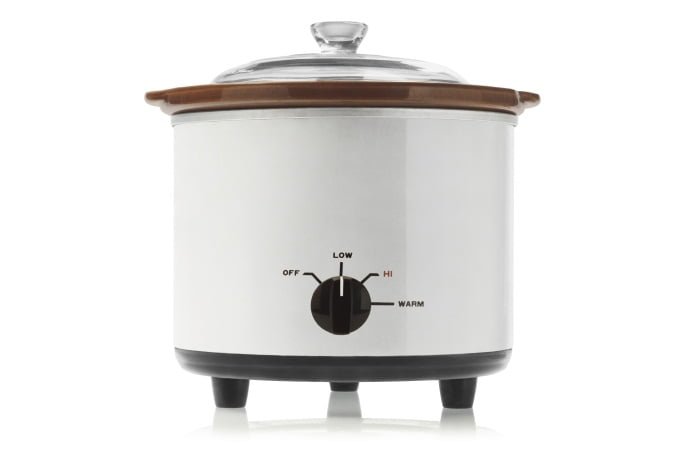 When it was first marketed, the slow cooker was available in several colours: forest green, gold, white and copper. It also came with its own cookbook and the whole thing only cost $25! Women loved the practical side of slow cooker meals and men loved its economical side.

It was in the 50s that the slow cooker impressed people and it still has a place in our kitchens today!

Why do we love our slow cookers? 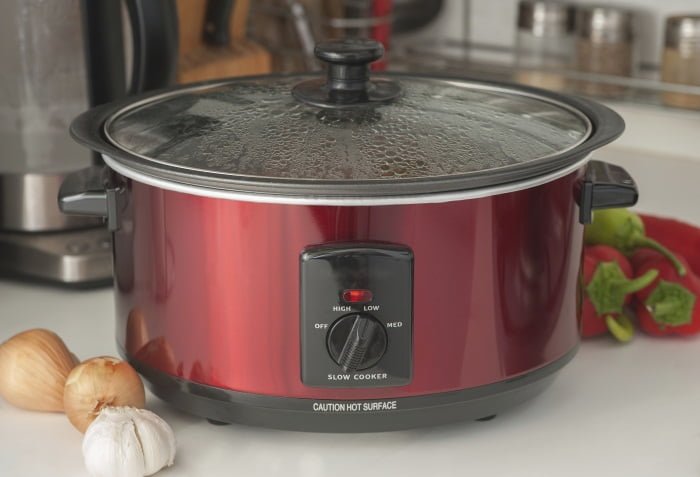 Be honest, you looooove it! Owning a slow cooker means saving time and money. As well, the results never disappoint because the meat is always, tender, juicy and bursting with flavour.

For its practical side

We won’t hide it: the main benefit of a slow cooker is its convenience. You don’t have to be in the kitchen or even in the house while your meal is cooking – it cooks itself! Preparing a slow cooker meal only takes a few minutes. Then you let everything cook for several hours and come back just in time for dinner! What could be better?

Oh, there is something better! Slow cooked meals have actually been so popular lately that several leading chefs have created all sorts of recipes. With the help of this kitchen gadget, you can obviously cook a main meal, but you can also make soups, pasta, desserts and even breakfasts. There’s a lot to choose from!

For its economical side

Thanks to its capacity which is several litres, you can easily double recipes for the slow cooker. And as you already know, the bigger the quantity, the cheaper it is. As well, you can buy cheaper cuts of meat because slow cooking makes any kind of meat tender. You don’t have to spend a fortune on the best quality of meat.

For its healthy side

Not only are slow cooked meals good healthy, but they’re also delicious! Slow cooking allows flavours to develop. To maximize flavours, use the low temperature setting because the slower the food cooks, the more it will absorb the different flavours of your recipe.

What you need to know to prepare a slow cooked meal

Even though the slow cooker does most of the work, there are still a few tricks that can help you reach perfection. 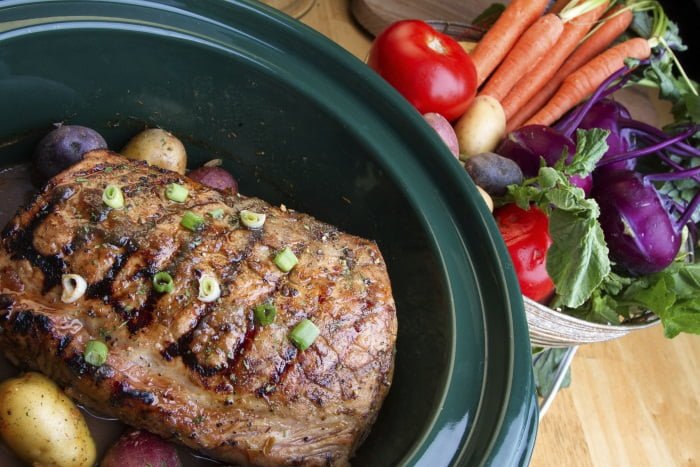 Although slow cooked dishes are quick to prepare, you can still save time during prep by buying a frozen vegetable mix and a package of pre-sliced meat. This will help you skip the longest part, meaning all the chopping.

For the meat, don’t spend needlessly on the best quality. Slow cooking makes all cuts of meat tender and juicy. Instead, pay more attention to the size of the meat. Avoid cutting the meat too small as its volume will decrease once it starts to cook.

Some food isn’t compatible for the slow cooker. For example, fish is too delicate for this type of cooking. Poultry can also end up cooking too long. If you want to cook chicken breast, for example, cook it on low and check it once in a while. And it shouldn’t stay in the slow cooker for more than four hours. If not, it will be overcooked.

Veggies can also be cooked in the slow cooker. Slow cooking is perfect for root vegetables like turnip, carrots and potatoes. Green vegetables are more fragile though, so don’t cook them as long.

Elevate the flavour of your dishes

As mentioned before, slow cooking elevates the flavour of food, but just slow cooking them isn’t enough to give it flavour to begin with. If you want a little caramelized taste, sear the meat in a pan before adding it to the slow cooker. You can also use this trick for vegetables! It’s the only way to get that caramelized taste in a slow cooked meal. If you find the sauce too watery, just dust the meat with flour before searing. It’s a good trick to have up your sleeve!

To ensure flavour isn’t lost, season ideally at the end of cooking time so spices don’t lose their taste. If you can’t do it towards the end, you can still do it at the same time you add the other ingredients. In this case, don’t be afraid of putting too much!

Get the desired cooking 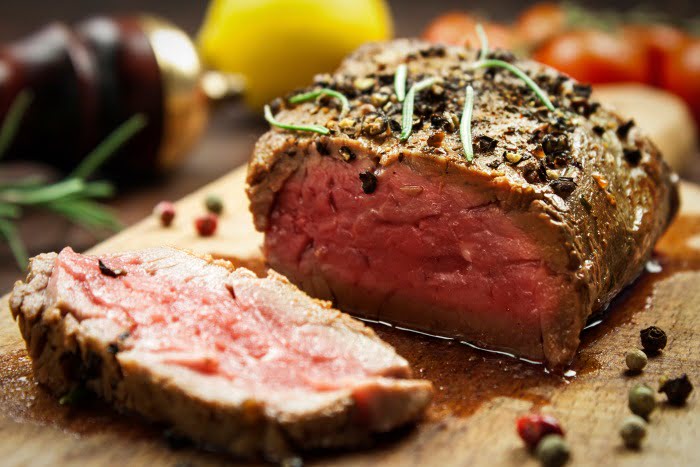 To cook food properly, you have to place ingredients in the slow cooker in a certain order. As meat cooks faster than most veggies, put the veggies at the bottom of the slow cooker and the meat on top. If you want crunchy veggies, add them during the last 30 minutes of the cooking time.

If there’s one thing you should know, it’s cooking times. At low temperature meaning around 203° F (95° C), food must be slow cooked between eight and ten hours. On high which means about 302° F (150° C), it must be slow cooked between four and six hours. However, if you open the cover during cooking, steam will evaporate, so you’ll have to wait a little longer before your food is properly cooked.

Up to here, it’s simple because you just have to follow the directions on our recipes. The most complicated part is adapting the cooking time of a dish that is usually cooked in the oven for the slow cooker. You should rely on the following memory aid to convert cooking times.

Cooking time isn’t the only thing to keep in mind when converting a recipe. For a slow cooker dish, the amount of liquid that normally goes in your usual recipe must be decreased because steam doesn’t evaporate in the slow cooker. So if you put the same amount of liquid as normal, there will be way too much once the dish is cooked.

Discover our new slow cooker recipes that can be prepared in no time at all! And there are a lot of choices: we have as many vegetarian recipes as ones with meat. 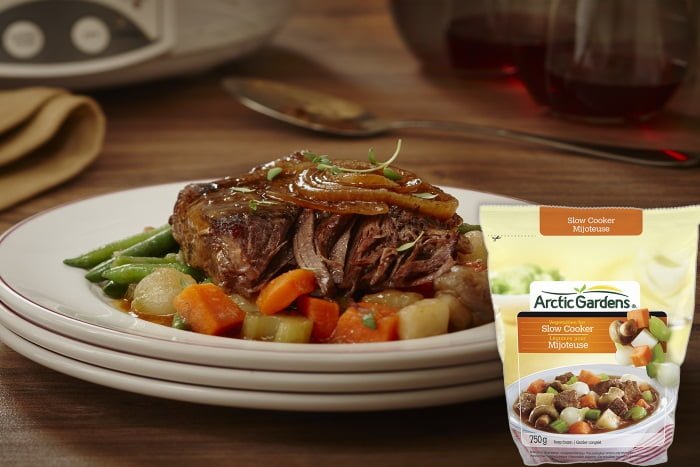 Number of servings: 6
Preparation time: 15 minutes
Cooking time at high: from 5 to 6 hours
Cooking time on low: from 7 to 8 hours

This recipe will be sure to become your favourite comfort food. Maple syrup gives it a little sweetness without hiding the taste of the other ingredients. Slow cooked, the meat will be fork tender. This blade roast is really delicious! 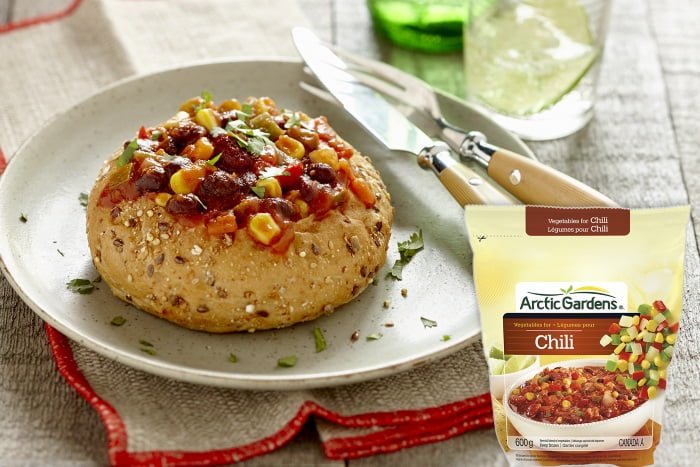 Number of servings: 6
Preparation time: 10 minutes
Cooking time at high: from 3 to 4 hours
Cooking time on low: from 5 to 6 hours

Originally from Texas (and no, chili doesn’t come from Mexico!), this dish will satisfy your love of spicy food. And the best part is that it’s really easy to make. Just mix all the ingredients together in the slow cooker and let it cook – that’s it! 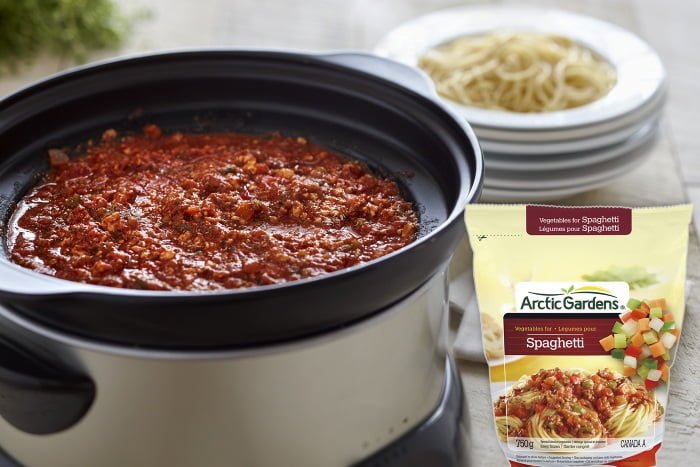 Number of servings: 8 to 10
Preparation time: 10 minutes
Cooking time at high: from 4 to 5 hours
Cooking time on low: from 6 to 7 hours

Replace your regular spaghetti sauce with this vegetarian version! Tofu and lentils replace the meat normally found in spaghetti sauce while keeping enough of the protein. If you crush the last two ingredients, you get the same texture as ground meat. The best thing about this recipe is that you don’t have to stand around stirring the sauce because it cooks on its own! 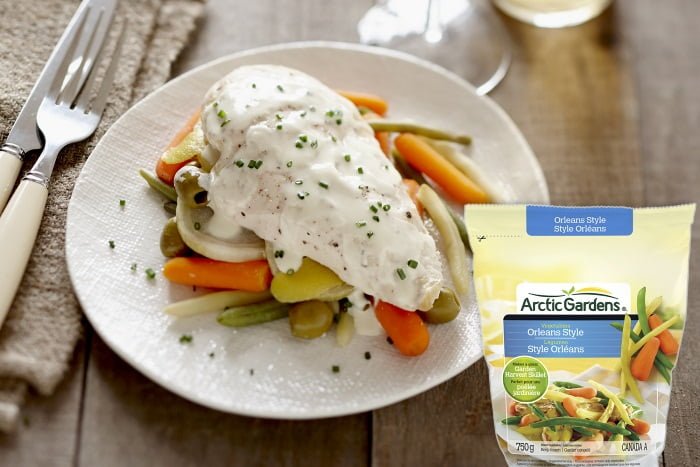 Number of servings: 4
Preparation time: 15 minutes
Cooking time at high: from 3 to 4 hours
Cooking time on low: from 4 to 5 hours

It only takes 15 minutes to prep this slow cooker chicken recipe! And there are only a few ingredients: chicken, vegetables and a few seasonings. All of these flavours combined with the delicious goat cheese sauce are what will make you a huge fan of this recipe! 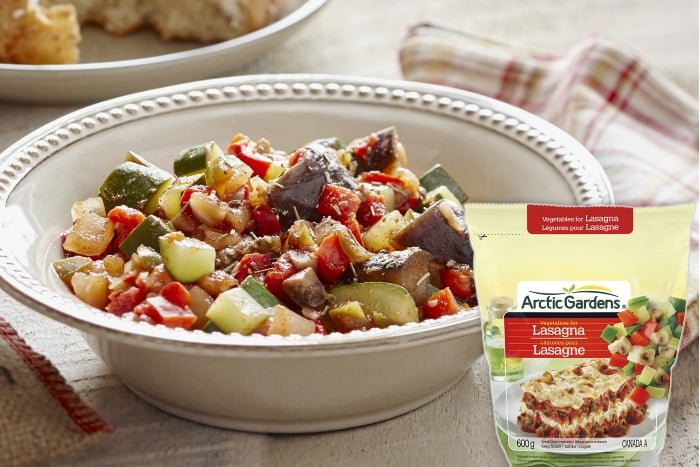 Number of servings: 4
Preparation time: 15 minutes
Cooking time at high: from 3 to 4 hours
Cooking time on low: from 6 to 7 hours

Got leftover veggies? It’s time to make ratatouille. And this recipe is really simple: mix, cook and the recipe is done!

Thanks to these tips and recipes, you’re now ready to make all kinds of slow cooker meals. You’ll love coming home and finding dinner ready to go! The slow cooker is really the perfect solution for making hearty, comforting meals even if you don’t have much time during the day. Do you have any favourite slow cooker recipes?

As a student in communication, in this blog, Julie brings together her two great passions: writing and cooking. She loves trying new recipes as much at home as in restaurants. Often she’s taken for a great chef in her cooking by trying all kinds of flavour combinations. She’ll share with you everything she discovers in food, as well as her advice on the subject.

When you think barbecue, do complicated preparations, too much meat and not healthy enough come to mind? Well, don’t be fooled because it is…